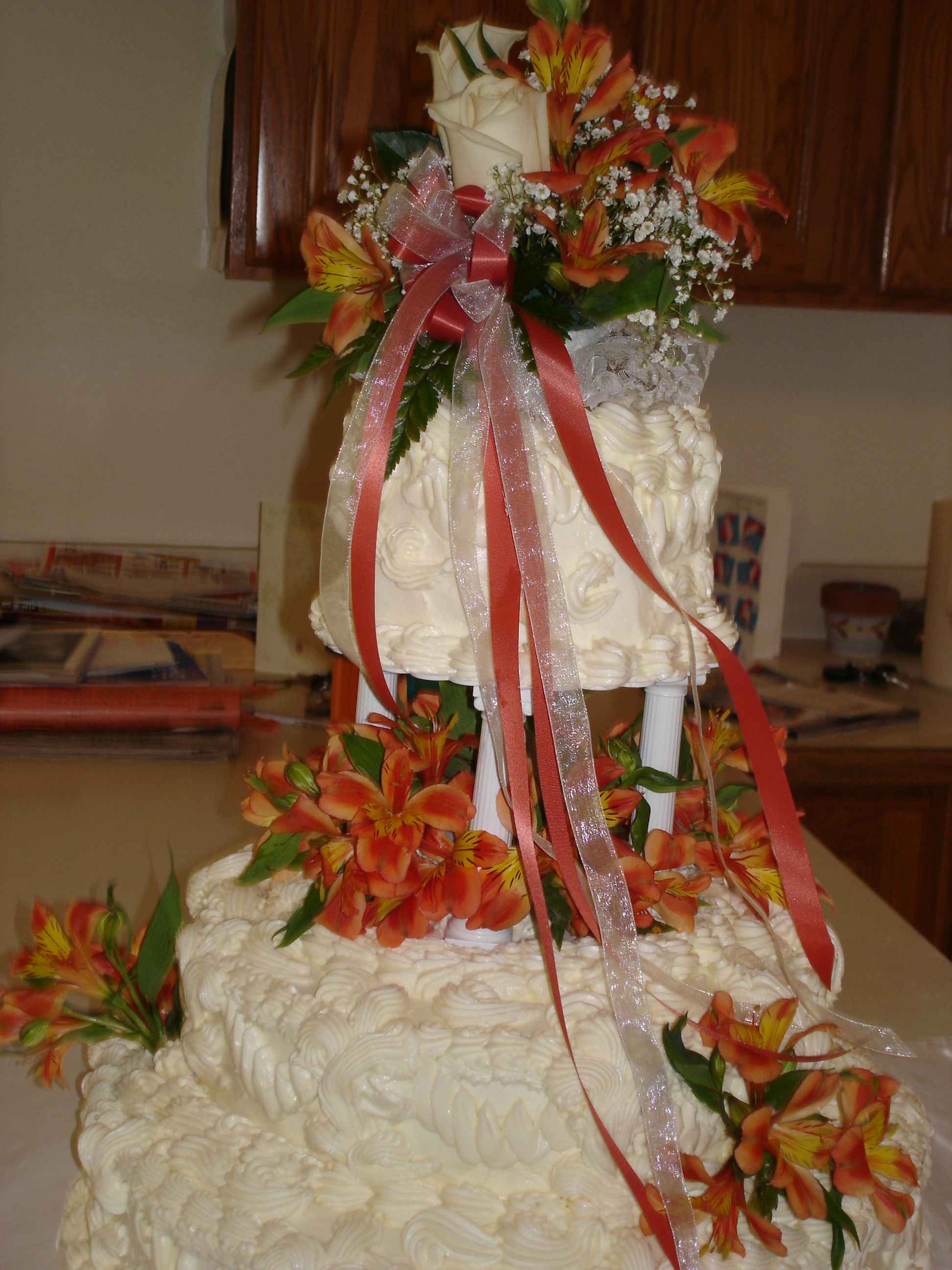 Posted in Recipes By dixieadminPosted on July 31, 2013August 18, 2021
Sour Cream Pound Cake
My Wedding Cake Recipe:
This is the recipe that I made my wedding cake out of. I like to use almond flavoring, but you can use any flavoring you choose. In the South when you visit someone, so often there will be a Pound Cake under that cake top cover. When I was a little girl, I remember going to a lady’s house, and she was beating a Pound Cake in a huge bowl and guess what she was beating that cake with? Her hand. Yes, that’s what I said, her hand. I won’t ever forget that. She was the cutest thing. She was a little short lady and she was holding this huge bowl and giving the batter, “the country”. Years ago before mixers came into play, people mixed cake batter with their hands. That cake was the best Pound Cake I have ever had. I only wish I had her recipe. Isn’t it funny, what sticks in you mind for years? There are several different Pound Cake recipes. The Sour Cream Pound Cake and the Whipping Cream Pound Cake recipe are my favorites.
Preheat oven 325-degrees. Cream butter until light and fluffy, adding sugar gradually, beating well. Add egg yolks one at a time, beating well after each addition. Combine the soda and flour; adding to the creamed mixture alternately with the sour cream, beginning and ending with the flour. Mix well. Stir in the flavorings. Whip egg whites (room temperature) till they are stiff peaks, but not dry. Fold the egg whites into the batter. Pour the batter into a prepared 10-inch tube pan that has been greased and floured. Bake for 1 hour and 15 minutes or until spaghetti noodle is inserted in the center and it shows clean. Ovens vary. It may need to cook another 5 or 10 minutes. When cooking a pound cake do not open the oven door till at least 1 hour has passed while cooking.* Cool in pan for 10 minutes and then remove from pan. This is one delicious cake. You can ice the cake with any icing you prefer. My husband likes an icing on it.
Note: If you want to make another version of Strawberry Shortcake, prepare the recipe for the Whipping Cream Pound Cake and pile the sweetened fruit on top of the cake and ice the tops and sides with sweetened whipping cream. This is decadent.
*When I was a little girl, if Mama Gillis or Mama would tell me not to slam the door when I was going outside, I knew they had a Pound Cake in the oven. They did not want a “sunken” Pound Cake. Now I never had a “sunken” Pound Cake they made, but I have made one and if you make one—don’t throw it out. That’s when you can bring out the fruit with the whipping cream and heck, not a soul knows that it is a “sunken” Pound Cake.
Sour Cream Pound Cake
Scroll to top